The Nanking Incident refers to the events that occurred in March 1927 during the capture of Nanking by the KMT. This event was the culmination of the KMT’s Northern Expedition that was launched in order to take control of China. The Incident took place for just under a week, lasting between the 21th and 27th of March. At first, the KMT’s army, the National Revolutionary Army (NRA) was not met with much resistance from other Chinese forces within Nanking, as the Beiyang warlord, Zhang Zongchang ordered his troops to surrender. However, by March 24th, the NRA began to clash with foreign forces from Britain, America, and Japan. This conflict led to the NRA and other Chinese citizens pillaging the homes and businesses of foreign residents. By March 26th, a ceasefire was ordered between NRA and foreign forces. As a result of the Incident, there were about 40 casualties and the KMT was able to gain control of Nanking.

During the month following the Nanking Incident, France, Great Britain, Italy, Japan, and the United States demanded reparations from the Nationalist or Cantonese government of South China for “outrages” against foreigners. Diplomats found it infuriating that the looting and killing of foreigners had been carried out by organized, uniformed troops. They followed up by issuing idenic notes demanded sufficient punishment of the troops who committed the offenses along with apologies and assurances of good behavior from the Commander-in-Chief.  In the American note, Chen promised necessary reparations would be paid to the American consulate and to the Americans whose properties were damaged by the troops. Chen did ask Americans to wait for the apologies and punishments of guilty troops until commanders could make a formal inquiry British and American naval bombardment. This statement proves the remnants of contentious feelings between China and the American involvement in China. Chen also calls for the removal of the “‘unequal treaties’” that have precipitated the terms that have brought danger to foreigners in China.

Chaing Kai-shek was opposed to the violent methods advocated by the communists. If the Nationalist troops did prove to be responsible for the anti-Christian attacks on the missionaries at Nanking, he publically stated that he would assume full responsibility and guarantee punishment of the guilty and reparations for those who were killed, injured, or had their property destroyed. President Coolidge then expressed a willingness to work with a united Chinese government, which meant that factions between Communists and Nationalists could not exist, thus intensifying pressure within the party. 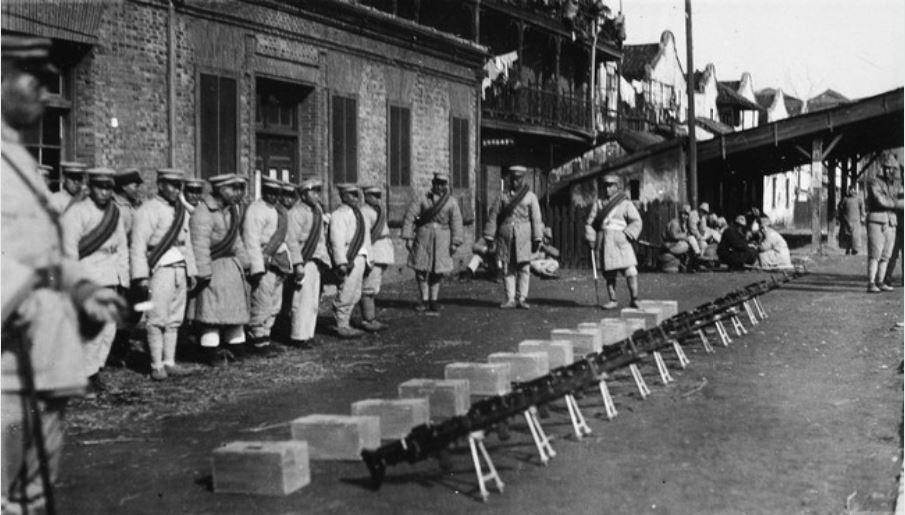