Missionary Colleges and Universities near Nanking

Ginling College opened in 1915 and was the first undergraduate women’s college in China. The college was founded by five mission boards: Northern Baptists, Disciples of Christ, Northern and Southern Methodists, and Northern Presbyterians, with Matilda Calder Thurston, an American missionary, as the first president. Ginling College developed a strong relationship with Smith College, in the United States, and Smith became Ginling’s “sister college” in 1921, and Smith contributed financially to Ginling starting in 1916.

Following the Northern Expedition in 1928, the Ministry of Education of Nanjing National Government wanted to regain control of school-running from churches and created a policy that the president and chairman of the college board must be Chinese. This action forced Thurston to resign, and Dr. Wu Yifang became president of the college. Dr. Wu Yifang was a Ginling alumna from the first graduating class, studied in America, and made bold reforms to the college during her tenure.The Sino-Japanese War forced academic activities to be removed from the Ginling campus, and the college shared the campus of West China Union University from 1938-1946, and the Japanese army occupied the Ginling campus from 1942-1946. Ginling College and the University of Nanking merged to form the National Ginling University in 1951, and Ginling was re-established as a part of Nanjing Normal University in 1987. 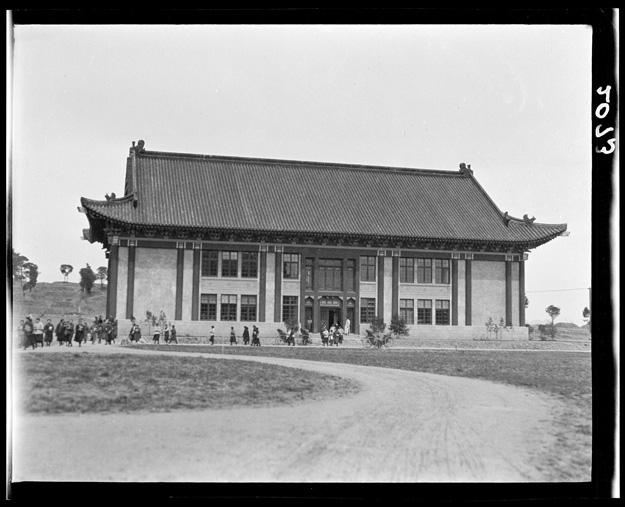 The University of Nanking

The University of Shanghai

The University of Shanghai, also known as Shanghai College, was established in 1922 but closed in 1927 during the anti-Communist purges of Chiang Kai-Shek at the start of the Chinese Civil War. The university was founded as the result of cooperation between the Kuomintang (Nationalist Party) and the Chinese Communist Party and became dominated by left-wing factions sympathetic to the CCP over the course of the five years of its existence. The university was re-established in 1983 by the People’s Republic of China by combining multiples smaller universities and institutions. 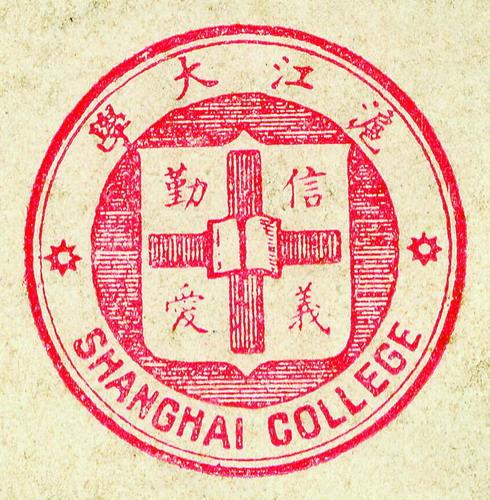 Emblem of the University of Shanghai
Postcard 1906-1952.
Prev Next