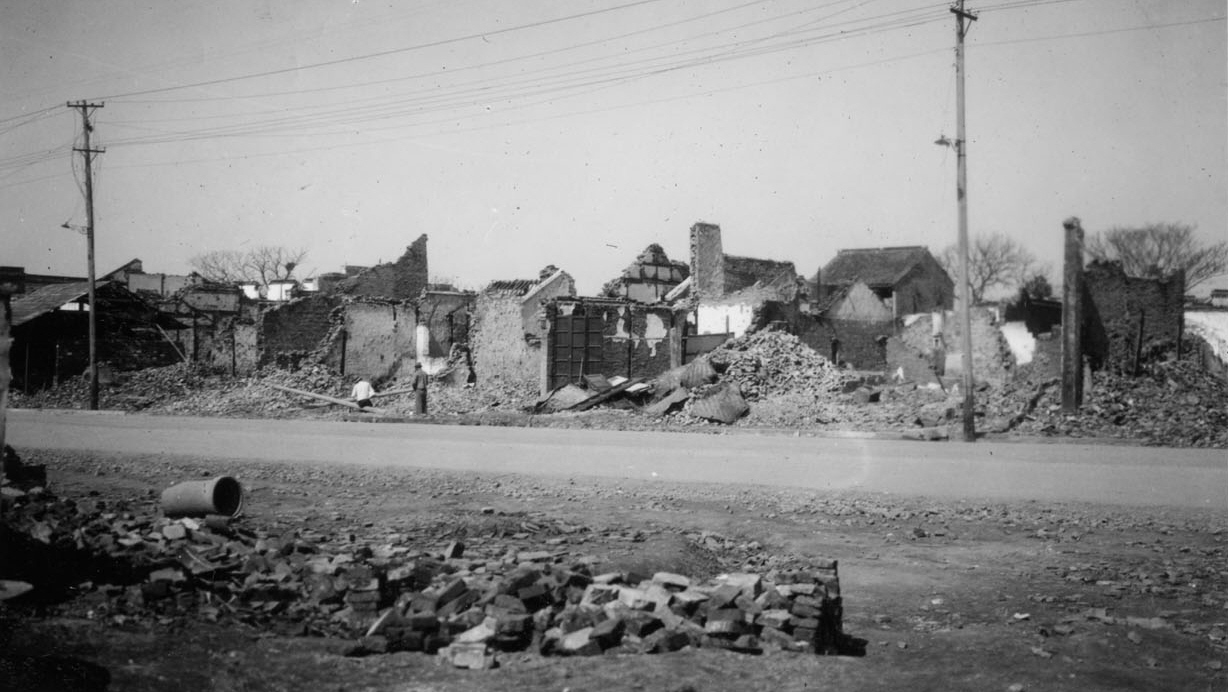 This exhibit focuses on the memories of the Nanjing Massacre of December 1937. Often called the “Rape of Nanjing,” it refers to the numerous murders and rapes committed by Japanese troops during the initial occupation of Nanjing, China, during the Sino-Japanese War. Our research focuses on the anecdotes and experiences of the Chinese refugees and victims, from the perspective of faculty members of Ginling College, during the second Sino-Japenese War. Ginling College was an important part of the massacre because it became a place of refugee for Chinese students and residents of Nanjing. Many of the faculty members created letters and diaries that accounted for the horrifying and violent experience during the massacre.

More specifically, we evaluate how the  Nanjing Massacre has since been portrayed in media (films, newspapers, and photographs) in comparison to the primary sources of Ginling faculty members’ first-hand experience. By reviewing and analyzing documents from Ginling faculty during the Nanjing Massacre, we will provide an account of the massacre from the perspective of those witnessing it firsthand. Comparing these accounts to modern depictions of the Nanjing Massacre in the media will highlight the differences between modes of historical memory, as well as reflect the interpretability of history. Tracing the events of the Nanjing Massacre through sources such as faculty letters, speeches, and diary entries will provide representation from firsthand accounts of the atrocities performed by members of the Japanese military throughout the Nanjing Massacre.  Even as the atrocities of the Nanjing Massacre were occurring, many refused to believe in them or, as is exemplified here, believed the reports to be one-sided or the actions to be justifiable. Our main goal of linking archival documents with other forms of media that have been produced on this incident is to reinforce our view of history as a combination of actual events and historical inheritance. We would like to engage with the Nanking Massacre in a way that reflects its later status as a point of historical and political tension between the countries involved. By representing the first-hand accounts of missionaries alongside the news articles, pictures, and film adaptations that mark posthumous accounts of artistic adaptations of the events, we hope to encourage viewers of the exhibition to consider the malleability of history and allow them to confront its inherently interpretive nature. In addition, this exhibit portrays how Japanese accounts of the massacre and newspaper articles had depicted the war as a fight for the better of China, and disguised the violence and abuse that they had inflicted upon innocent civilians. The massacre has been historically manipulated especially in the Japanese imagination and this exhibit will be working towards exposing the hypocrisy and the falsities of these accounts.

In this exhibit, you will find three sets of annotated documents from three different faculty members (Minnie Vautrin, Wu Yi-Fang, M. Searle Bates). In these letters, diaries, reports, and meeting minutes, they discuss what they witnessed during the Massacre.  Each of these primary source documents is interactive, and you can click on the highlighted text to reveal background information as well as images and links to secondary sources.