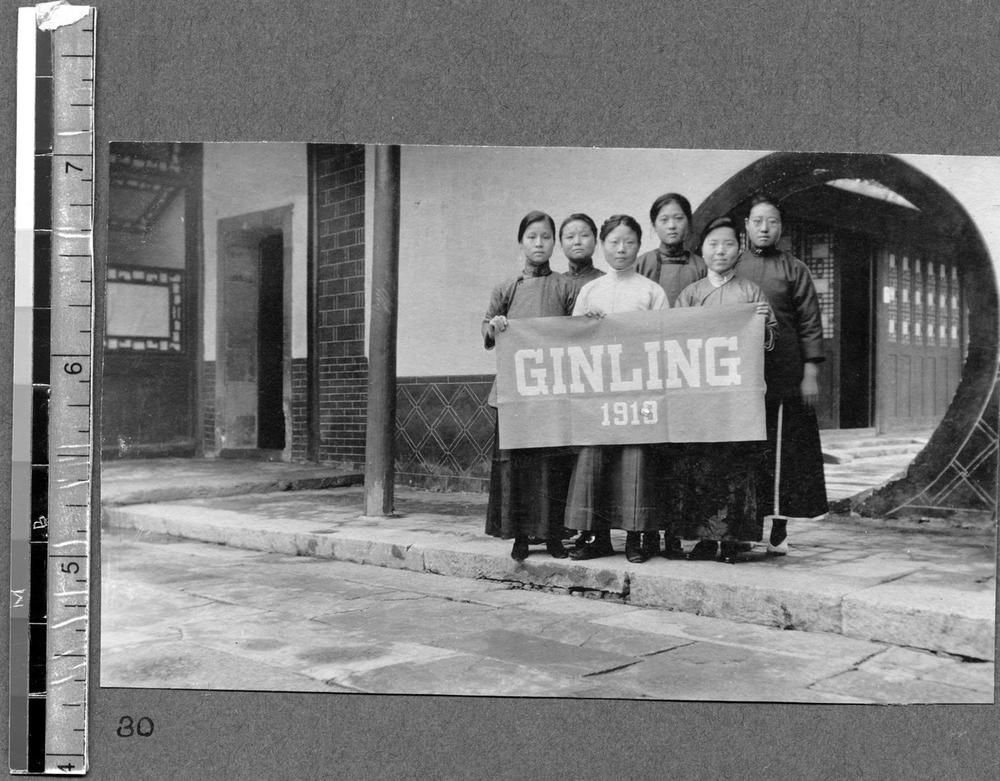 In Spring 2018, students in the first iteration of the Barnard College class Religion in the Archive began to digitize and analyze documents from the Papers of Matilda Calder Thurston. A graduate of Mount Holyoke College, Matilda Calder Thurston’s missionary and academic career took her from New England to the Ottoman Empire and eventually to China where she became Ginling’s first president from 1915-1928. After the nationalist Kuomintang (KMT) established a new government in Nanjing, Thurston ceded the presidency to Ginling and University of Michigan alumna, Wu Yi-Fang (1893-1985). A biologist and international feminist, Wu led Ginling through its merger with Nanjing University in 1951. The Thurston papers belong to the Missionary Research Library that is now housed at the Burke Library at Union Theological Seminary.  The site's digitized documents and exhibits focus primarily on the people connected to Ginling College. In addition to creating a growing library of digitized materials from the Thurston Papers and other archival collections, students' exhibits foreground the ways that digital tools can begin to decolonize the missionary archive. The exhibits highlight the ways that Chinese and American women and men linked to Ginling wrestled with questions of politics, identity, and power during a tumultous era on Chinese and global history.  Both the collection and the exhibits seek to show how the contested and hybrid terrain of Ginling College provides scholars with a study of the ways American missionary women and Chinese Christians responded to and participated in a tumultuous period of Chinese and world history.

Ginling is perhaps best known as the site of a refugee camp during the Japanese occupation of Nanjing in the early 1940s, but the college’s rich and complex history also has much to offer scholars of gender, religion, missionaries, nationalism, and progressive education. Ginling College’s many connections to the United States also suggests the importance of missionaries and women’s colleges in fostering ideals of “world friendship” and global exchanges. The View from Ginling invites visitors to examine this tumultuous period in Chinese and global history from the multiple perspectives of the Chinese and American women at Ginling. Begin by browsing through the documents drawn from the Thurston Papers and other related archival collections or visit the exhibits for a guided tour.

For consistency, the exhibits use the older transliterations of place names (e.g., Nanking rather than Nanjing) to reflect the language in the archival documents.

The site was made possible by a generous grant from the Barnard College Fund for Innovation in Teaching.

Religion in the Archive, Spring 2018

Very special thanks go to the librarians, archivists, and technologists who made this collaborative effort possible.