Ginling Goes West examines the shift from liberal arts to progressive pedagogy at Ginling College, one of many American missionary colleges operating during the era of Republican China (1912-1949). Ginling instituted a series of experiential, humanitarian service programs for students in the western province of Sichuan in the late 1930s and early 1940s. We seek to account for Ginling’s humanitarian impulse, especially as China entered a period of what later reformers called “rural reconstruction.”1 We ask: why did Ginling change its curriculum? How did students and faculty receive and respond to these changes? In answering these questions, we aim to understand the lasting impact that Western ideas of education, citizenship, and nation had on Chinese students’ understandings of missionary work and themselves. 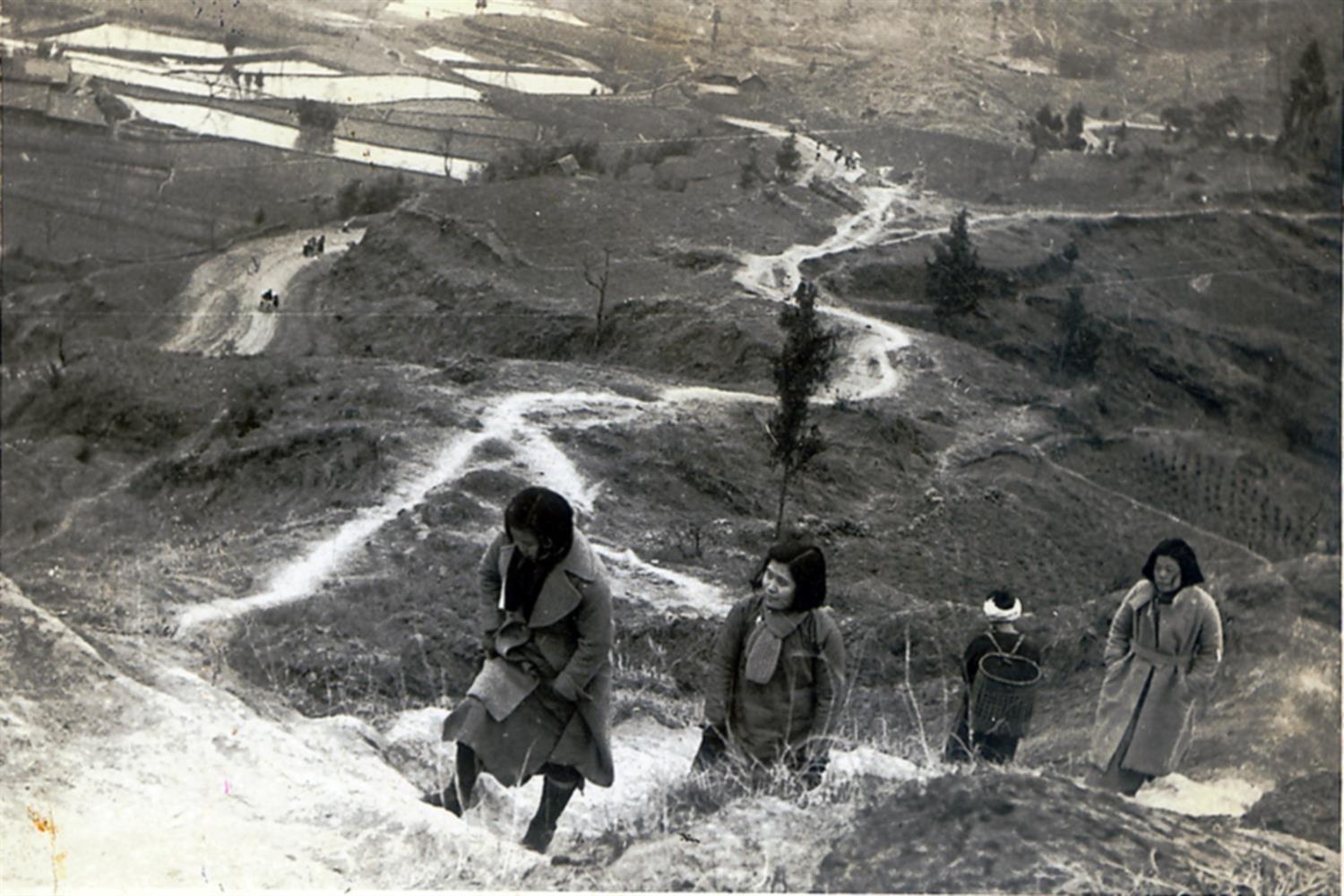 Ginling in Chengtu - Ginling students on rural service in West China, take a short cut, leaving their rickshas to follow by highway
Photograph 1940

Our title reflects the ideological and physical shifts that Ginling made over the course of several decades. The first two articles that can be found using the sidebar examine Ginling’s curricular origins as well as transformations in educational theory, Chinese politics, and Protestant mission ideology that led to rural service curricula at Ginling. The final article addresses pilot programs of this rural service. The college was forced to move westward from Nanking into the more central city of Chengtu due to Japanese invasion during World War II. As part of this transition, the school opened several rural service stations around Sichuan, which visitors to this site can explore further on our map.